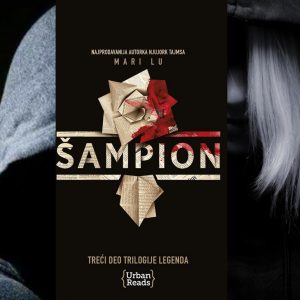 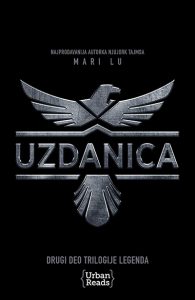 (WARNING: This is the review of the second book of the trilogy, and contains a lot of spoilers about happenings and characters. I strongly suggest you to read first the review of Book 1. You have been warned 🙂 )

The second novel continues more-less where the first one ended. Dan and June managed to escape their pursuers from the Republic. But the price they paid, was too great. Dan lost his older brother (who willingly sacrificed himself to save Dan and June), and there is no information about his younger brother, Eden. June, who discovered the real truth behind her brother's death, turned her back to the Republic and became the traitor.

However, Legend and Wunderkind soon get in contact with the Patriots, who are willing to provide them help, in exchange for their services (cooperation in fighting against the Republic).

And now on the scene enters the mysterious Razor, influential military officer, who is in fact the leader of the Patriots. Our heroes discover that the Patriots are actually financed by the Colonies, with the purpose of destroying the Republic.

Realization that the Elector Prime is dead and is succeeded by his son Anden (who definitely sparked the interest in both Dan and June, but with different motives), creates even more disturbance in turbulent and (now) unstable the Republic. For tired and repressed citizens of the Republic, Dan is the national hero and martyr (people still believe in lie that Dan was executed by the Republic). And now we have even more frequent rebellions against new Elector and the Senate (who are, also, fighting between themselves).

And in those times, Razor and Patriots are giving Dan and June very dangerous missions, with the purpose of saving people of the Republic.

June will have to return to the Republic, get close to new Elector and prove that she is still loyal to the Republic, and that her betrayal was actually in the Republic's interest. If everything goes as planned, she will make Anden vulnerable. On the other hand, Dan will join the Patriots in sabotages against the Republic, while showing himself to the citizens and army, giving them evidence he is still alive and kickin'. All this with one single purpose - assassination of new elector Prime.

I have to admin that Marie Lu kept up the pace in her second novel. Whats more, I think I read this book even faster than previous one. 🙂 And what I liked the most, we are finally getting answers to many questions from the first book.

Finally we will learn why the Republic is so military-oriented, the real truth about what is going on in the state, Republic's relationship with the rest of the world... and things are not some lovey-dovey as the Republic (is trying to present to its citizens (Again I would like to add something...errr, better not - comments of the subconscious mind).

Now we will have the chance to learn more about the Colonies, their way of living, state arrangement, and their view of the Republic.

And let's not forget about our new pals, the Patriots! In first novel we managed to see a part of their potential, but now we will manage to learn a lot and (a little bit) unusual about them.

Of course, cherry on the cake is the relationship between our two young heroes. Large tension... and "tension". They are aware of each others emotions and that they are getting closer. But, there also some undeniable facts that separate them. And additional "spices" are Tess and young Elector. In this novel, the author also paid additional attention to our characters inner (emotional) battles and dilemmas, and questioning everything that has happened to them till now. And when one important event goes wrong...oh boy...

Impressions about "The Prodigy" are positive. Pace of the story is still not going down (now is even more dynamic). Lots of action scenes and (emotional) dramas are now mixed up with details about the world and setup of this trilogy.

What I really like about Marie Lu is that she goes full throttle with descriptions, with sole purpose of getting us even closer with the world and its characters. Now, we can clearly and vividly imagine Dan and June, The Republic, Colonies...

Writer's style is still unchanged (constantly switching between Dan and June)... and let's keep it that way. 🙂

Overall, while you are reading this review, I have already dived in final chapter of this trilogy. And after that we will summarize everything. 🙂

COMING UP NEXT --> Chapter 3 of trilogy "THE LEGEND"

While I was returning "Silence" back to the shelf, I accidentally noticed "BATMAN: Nightwalker", from the author Marie Lu.

Of course! Trilogy "Legend". Comfortably laying down on my bookshelf, patiently waiting to be read.

Hmmm...should I do the review of the trilogy from the writer, whose book about my favorite superhero I've recently read, and had positive impression about the book?

"Legend" is, by the way, the first novel in trilogy, and also Marie Lu's debut piece. The impressions about this novel (and after that the next two in trilogy) were very appealing and positive to everybody. Both the audience and literary critics were generally in favor towards the new writer. And also, there are stories that we will receive live-action version of the book. 🙂

Category of novels "young adult" lost meaning to me long time ago (Typical argument of an old dude - comments of the subconscious mind), and with researches on Internet, the conclusion is that it includes the age range 15-30, that can also be freely read by older generations (Good job at getting yourself even more buried, old man, you are doing great - another sarcastic comment of subconscious mind).

"She is the Wunderkind.

Born in an elite family, from the richest sector. Raised and groomed for highest ranks in the military of the Republic.

He is the Legend.

Born in the poorest sector. He became the most agile and wanted criminal in the Republic... ever.

The military is sending her Wunderkind in a mission that, if she succeeds, will make her a star.

All she has to do... is to catch the Legend.

And bring him justice."

Epic clash is coming... now lets see if it is worth all the ruckus...

The story is set in dystopian future, maybe some 100-200 years from now (at least that is my impression). Where once were USA, now exists the Republic (where the novel is taking place), shown as decorated and superior nation, and the Colonies, presented as inferior state full of traitors (according to Republic's propaganda). The Republic has been controlled for decades by Elector Prime, the person that always managed to manipulate the elections and remain a long lasting ruler (My sarcastic subconscious mind wanted to make an inappropriate political comment, but I managed to make it quiet XD). Every citizen of the Republic that reaches age of 10 must take The Trials (a combination of psychological, intellectual and physical tests), and based on accumulated points from tests, the future of the taker is determined. Maybe top universities and successful career, or is it the college and administrative job as a middle class, or, if you really do the tests bad, then it is tiresome factory work until death. But if you, by any chance, fail the Trials, you will be sent to "labor camps" (I think you can get the picture what actually happens to kids there).

Do you want to complain now on your college/university entrance exams? XD

And then, we have classification of citizens, depending where you live (rich or poor sectors). In poor sectors, plague is a normal thing (though the military claims it is under control). The cure costs a small fortune, and streets are places where survival itself is an art, while the rich sectors are peaceful, protected, and get a yearly dose of vaccines to prevent the plague.

The Wunderkind we mentioned is June Iparis. Beautiful, agile, talented, analytical and extremely intelligent, this young lady already made her name during studies. If rule-books would have a model, that would June. Loyal to the Republic. When she completes the studies, a bright and successful career awaits her. Her parents died in a traffic accident. The only left family member is her older bother, Metias (young and famous commander), whom June adores and admires a lot.

On the other side, from poorest sector, comes Daniel "Day" Altan Wing. Most wanted criminal and (very) big headache for Republic. Nobody knows his true looks (due to his extraordinary talent for disguise). All robberies and sabotages is (as people claim) doing alone, and he doesn't consider himself a member of The Partiots (name used for rebel forces). The best description: imagine Day as some kind of dystopian Robin Hood. Never kills his opponents. Although he gives away the look of spontaneous teenager that improvises a lot, he is extremely sharp with great eye for details. Amazingly agile, careful, cunning and extremely intelligent, that it is a great mystery how managed to fail the Trials.

The only Dan's ally and faithful follower is Tess, the little street girl, whom she provides huge support in his operations. Dan also has mother, and both younger and older brother. But, for the family, he is allegedly dead (though his older brother knows the real truth, but he keeps it secret for safety reasons. Also through him, Dan sends financial help for their family).

But, one fatal night turns everything upside-down. June finds out that her brother has been killed while securing the hospital that holds vaccines against plague. You probably guess, the same fatal night when Dan tried to break in the same hospital to steal the vaccines (unfortunately, there were no vaccines that night). The same night when he had a faithful clash with her brother Metias.

From that moment, Dan becomes top priority for both the Republic...and June, who gets automatically integrated in the army. June decides (on her own initiative) to infiltrate the poorest sectors and (hopefully) gets closer to her brother's killer.

And their first contact, and what will happen after...well, that is a story for itself, that includes digging into the painful pasts of both Dan and June...and the Republic as well.

The one thing you should pay attention to (it almost tricked me), is that first 80 pages somehow give the vibe of slow pace (even though at lot happens) and a little bit of (teenage) cliché. However, the introductory part is just laying the base for the moment when Wunderkind and Legend clash for the first time. From that moment, the story gets more dynamic pace.

What I really liked is that main characters are already well developed and we can easy connect with their motives and decisions. True, we do not have much information about the history of the USA (except for one detail related to Dan's father and family medallion), but we already have clear (and disturbing) picture of dystopian Republic.

The novel is nicely and well-written. You can see that the author is young, because the begging of the trilogy doesn't show and complexity, but I do not see that as fault for this novel, to be honest. I already mentioned that even in this early stage main characters are well developed, and the situation in the Republic is explained a lot (though I am certain next chapters will shows us more). Action parts are dynamically described and more-less within the limits of realism.

Overall, really nice and fun novel, about not so perfect and ideal America, with really interesting characters. We will see what the sequels will bring. 🙂

Question for dear readers: Do you think this novel maybe describes the potential future of the USA?

COMING UP NEXT --> Chapter 3 of trilogy "THE LEGEND" 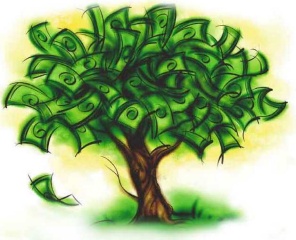